HI! MY NAME IS RYANN and this is my blog where I share designs, DIYs, home projects, recipes, photos, and my family's life story as it continues to evolve

I am very proud to announce that DIY PROJECT ONE is in full swing!  Get ready for some serious homemade linen duvet cover action real soon!

While I complete the actual doing-it-myself process, let me briefly explain what brought on this little project:

When we got married, we naturally did the whole registry thing, absorbed a lot of hand-me-downs, and bought a couple miscellaneous things for the place, one of them being a duvet cover.  It really is a very pretty duvet cover and has served us well, but it was very cheap and I am having a heck of a time keeping the white parts white.  Basically, my current duvet cover is a great friend that I just don’t like that way.

After about a year I began searching and searching for the perfect duvet cover.  Throughout this search I was able to identify what it was I wanted, but unfortunately also came to realize there is no way we could afford it.

If anyone is curious as to what I currently have or are looking for a truly affordable and attractive option, see what I mean by going to http://www.urbanoutfitters.com right now and check their shiz out.  I mean it, click the link and browse your little heart out.  Their bedding has very simple construction, is generally pretty cute, and you can’t really argue with the $60-100 average cost.

Here is a great example – and yes that says $40!  I would actually buy this as a backup if my current one hadn’t already accepted the job. 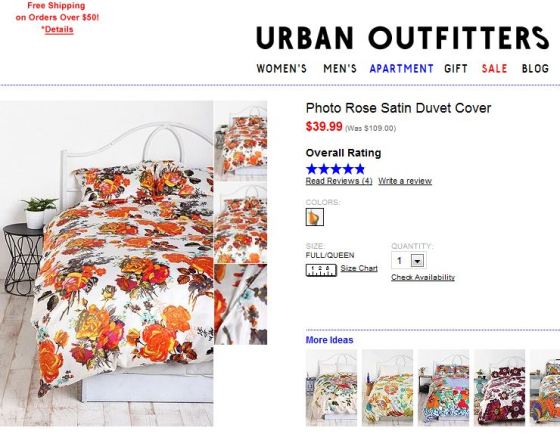 So the dream duvet….. sigh.   Here is a little of my bed-spiration:

1. From www.desiretoinspire.net, love the grey with the white and whatever is going on with those leathery things.  2. Not the color I am thinking but love how it is working here, from www.indoors.es. 3. Lovely grey linen from Cisco Home, www.ciscohome.net.

Apartment Therepy did a wonderful little post on the top ten sources for linen bedding a while back, http://www.apartmenttherapy.com/best-linen-bedding-43411.  While the post was great it only made me realize further that there was no way we were going to break that much bank for a duvet cover.  (The top ten sources have prices ranging from $250-$500+ for a queen duvet cover)  I also looked closely at http://www.restorationhardware.com as they were having a sale on their linen duvets and I briefly considered trying to convince Alex that $200 was reasonable, but based on how the conversation went in my head, I never even brought it up.  Side note: this act of thinking through conversations prior to having them with my husband, has probably already saved my marriage like 47 times – and we have only been married for a year and a half.

Long story short, this is where the plotting began.  I thought about what I wanted, about the perfect color, the desired simplicity, and ultimately decided this is something I could do myself.  And great news folks – I can already tell this is going to be wildly successful.  In summary, I say ‘suck-it!’ fancy-linen-duvet-cover-making-companies, I’ll make my own — and you should too!  Actually, fancy-linen-duvet-cover-making-companies, no hard feelings, because one day maybe I will be rich enough to let you make my duvet covers and you really do have some lovely things, but until then, sorry you don’t get the Moore’s business.

So check back soon for the Duvet-it-Yourself tutorial, because it is going to be a riot!  Jenny is so excited that she is about to pee herself.  That, or she wants a cookie, who can tell, really?